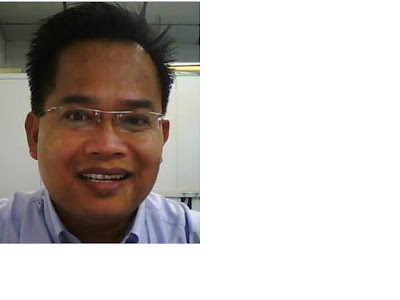 Subject: Why Muslims are weak?

Distribution:
7 m in America
5 m in Asia
2 m in Europe
100 thousand in Africa

Distribution:
1 billion in Asia/Mid-East
400 M in Africa
44 M in Europe
6 M in the Americas

Here are some of the reasons.

Nobel Prize Winners
In the past 105 years,
14 million Jews have won 180 Nobel prizes
1.5 billion Muslims have contributed only 3 Nobel winners

Why are they powerful?
Why are Muslims powerless?
Here's another reason.
We have lost the capacity to produce knowledge.

In the entire Muslim World (57 Muslim Countries) there are only 500 universities.
In USA alone, 5,758 universities
In India alone, 8,407 universities

Conclusion.
The Muslim World lacks the capacity to produce knowledge.

Conclusion.
Muslim World is failing to diffuse knowledge Applying Knowledge is another such test.

Exports of high tech products from
Pakistan is 0.9% of its exports.
In Saudi Arabia is 0.2%
Kuwait , Morocco and Algeria 0.3%
Singapore alone is 68%

What do you conclude?
No need to tell the figures are speaking themselves very loudly we are unable to listen Advice:

Please educate yourself and your children. always promote education, don't compromise on it, don't ignore your children's slightest misguidance from education (and please, for God's Sake, don't use your personal contacts or sources to promote your children in their education; if they fail, let them and make them learn to pass; b/c if they can't do it now, they can't ever). We are

World's biggest and strongest nation, all we need is to identify and explore our ownselves. Our victory is with our knowledge, our creativity, our literacy...And nothing else. ....Wake up...
Posted by Angkatan Muda KeADILan Selangor at 10:56 PTG

S’gor MB: Be careful about the boycott of US goods
By SIM LEOI LEOI
BANGI: Malaysians must not simply boycott all products from United States or Israel as these may be partly owned by Muslims or locals.
Selangor Mentri Besar Tan Sri Abdul Khalid Ibrahim said Malaysians should instead study carefully the list of products they intended to boycott in the wake of Israel’s attack on Palestinians in Gaza.
“The products may be owned not just by the Israelis or the Americans.
“Brands like McDonald’s and Coca Cola are not totally owned by Israeli or American groups, but their shares are owned even by Muslim countries, including bumiputras in Malaysia.
“It’s better to focus on a few products like weaponry.
“There should be a ban on Muslims buying weaponry directly from these countries or even through a third party,” he told reporters after attending the 100th year memorial of Indonesian politician Mohammad Natsir at the Kolej Universiti Islam Selangor on Saturday.
Also at the memorial were PKR de facto leader Datuk Seri Anwar Ibrahim.
Khalid, who is PKR secretary-general, was responding to calls from several Muslim groups and leaders, including former Prime Minister Tun Dr Mahathir Mohamad, for consumers to boycott products from both US and Israel to object against the attack on Gaza.
Khalid said a better move would be to refrain from investing in or using banks affiliated to Israeli or American interests.
“This will have more impact because it won’t allow the banks to expand their businesses,” he pointed out.
Khalid said all Pakatan Rakyat Members of Parliament would also be attending a special session on Monday called by Prime Minister Datuk Seri Abdullah Ahmad Badawi to discuss the Gaza issue.
“We will all be attending the session despite there being a by-election in Kuala Terengganu. This issue is bigger than Kuala Terengganu as it touches on a humanitarian crisis.
“Besides, I think that all Barisan Nasional MPs will also be temporarily halting their campaign to attend this session,” he said, adding that Pakatan Rakyat was throwing their support behind the Government on the Gaza issue.
“We are ready to call for a halt to the attacks and we will discuss this from the aspect of crimes against humanity,” he said
Posted by Angkatan Muda KeADILan Selangor at 10:54 PG